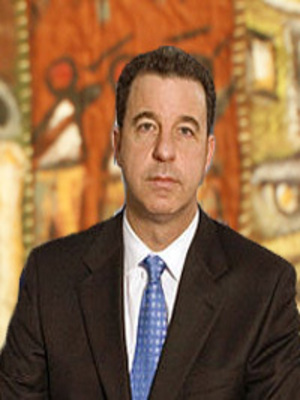 Dr. Brammertz previously served as Prosecutor of the International Criminal Tribunal for the former Yugoslavia from 1 January 2008 until its closure at the end of 2017.

Dr. Brammertz has served for more than a decade in senior positions charged with investigating and prosecuting grave international crimes. Prior to his current appointment, in January 2006 United Nations Secretary-General Kofi Annan appointed him as Commissioner of the United Nations International Independent Investigation Commission into the assassination of former Lebanese Prime Minister Rafik Hariri, a post he held until the end of 2007. Previously, in September 2003 he was elected by the Assembly of State Parties as the first Deputy Prosecutor of the International Criminal Court. In that capacity, he was in charge of establishing the Investigations Division of the Office of the Prosecutor and initiated the first ICC investigations in Uganda, the Democratic Republic of Congo and Darfur.

Prior to his international appointments, Dr. Brammertz was first a national magistrate then the head of the Federal Prosecution of the Kingdom of Belgium. In these roles, he supervised numerous investigations and trials related to cases of organized crime, terrorism, international drug trafficking, human trafficking and violations of international humanitarian law. His work focused in particular on coordinating trans-national investigations and strengthening cross-border police and judicial cooperation in criminal matters. In addition, he also worked for the European Commission, the Council of Europe and the International Organisation for Migration as an expert on these and related issues.

Dr. Brammertz is currently a member of the Executive Committee of the International Association of Prosecutors and previously served as Chairman of the European Judicial Network. He has published and lectured widely on the investigation and prosecution of complex crimes, European and international police and judicial cooperation in criminal matters, international humanitarian law, organized crime, terrorism, and judicial capacity building. He was a professor of law at the University of Liège until 2002.