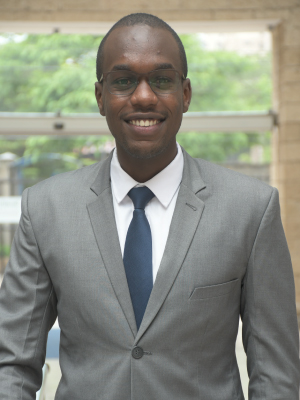 He has previously worked at Wamae & Allen Advocates as an intern and also the as Student Research Assistant at Kenyatta University Law School Trade Lab. In his student years, John served in leadership capacity at the Strathmore Law Clinic and also worked as an intern at the Strathmore Extractives and Innovation Center (SEIC). He was also a seasoned mooter representing the School in the 27th Willem Vis Moot Competition, also in the ICRC Moot Competition that run in 2018.