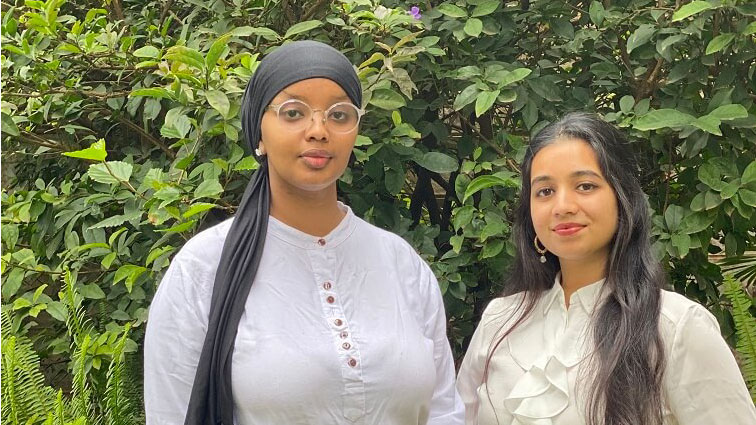 Strathmore Law School (SLS) students Sanjana Ragu and Sumaya Nur Hussein have won the 13th edition of the Nelson Mandela World Human Rights Moot Court. In another special feat, this is the second consecutive year that a Strathmore team has won the moot court competition. The moot court competition is organized by the Centre for Human Rights and attracts over 50 participating universities from across the world, including Spanish- and French-speaking teams.

The SLS team of Sanjana and Sumaya came top of the preliminary rounds with an average score of 96.42 out of 100. They defeated India’s Symbiosis Law School in the quarter-finals, trounced the University of Oxford Law School in the semi-finals and in the final round, emerged the winner against Universidad del Ecuador. In that final, the students had the privilege of arguing before an esteemed panel of judges including Judge Julia Jelic of the European Court of Human Rights, Prof. Veronica Gomez—President of the Global Campus of Human Rights, Prof. Chris Peter Maina of the UN International Law Commission and Mr. Yashasvi Nain from the Commonwealth Secretariat. The final round also featured a speech by H.E. Michelle Bachelet, the UN High Commissioner for Human Rights.

Not only did they win the competition, Sanjana and Sumaya also swept the prizes on offer. Sanjana was declared best oralist and Sumaya was the second best oralist. The two were also the top team from the preliminary rounds. In addition to the Peter Coenen Scholarship, Sanjana and Sumaya will be the first winners of the newly-established Christof Heyns Memorial Commonwealth Prize. The students attribute their triumph to seven months of relentless reading and practice. They are especially thankful to their coach Cecil Abungu, who guided them throughout the entire process. In addition, they extended their gratitude to Eugene Kanyugo, Mariam Malik and Fenan Estifanos, all exceptional graduating SLS students who offered them enormous support and guidance throughout the entire process. They also offered a special thank you to all their friends and family for their support which helped them in this triumph.

Congratulations to the winning team! 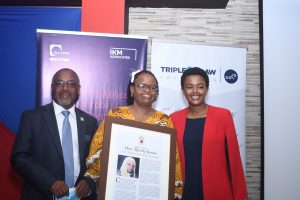 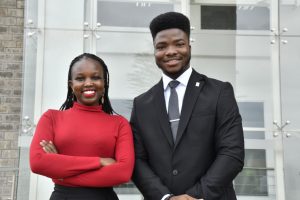