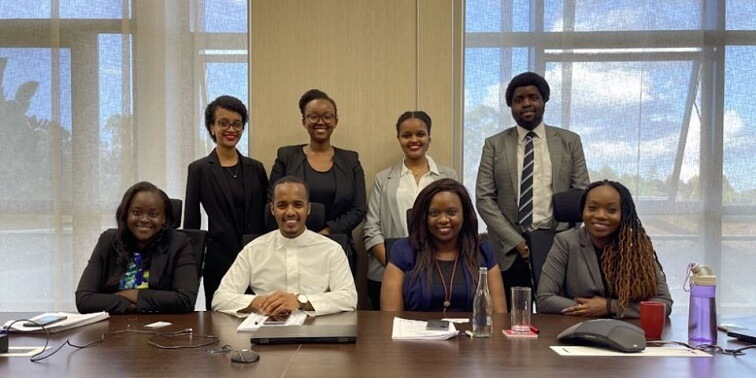 Life may present several challenges in our journey to self-actualization. Covid-19 affected many sectors – the education sector was not spared. Even so, Strathmore Law School (SLS) students, Fenan Estifanos (4th year), Winfred Kiberu (4th year), Baraka Wanyanga (2nd year) and, Irene Muhoro (3rd year) had a reason to celebrate. With the help of the able coaches; Mr. Stephen Fleischer (head coach), Mr. John Kiragu (Graduate Assistant at SLS), Ms. Tabitha Joy (Anjarwalla and Khanna) and Naeem Hirani (General Manager, Legal Commercial at Equity Bank), the amicable group emerged the only qualifying Sub-Saharan team in the rounds of 16 in the William Vis International Commercial Arbitration Moot Court. It certainly takes a village to raise a child, as is said in the African proverb. The competitions were held virtually due to the repercussions of the ongoing corona pandemic and tackled the intellectual property problem.

Like in every competition, short-listing of the participants is essential since, not every interested participant can take part. The selection of applicants for the moot kicked off in September 2020 for 2nd year to 4th-year students, and was concluded early this year, in April 2021.

SLS nests an internal moot court within the campus that helps the students transfer their theoretical learning into practical skills. The student’s participation in the on-campus moot court is one of the determinants of selection for the international moots. In addition, to spice up the selection process this time, the students were required to argue out unique topics presented. “It was strange not getting a question related to the law or the moot itself: I was asked to make a comparison between boys and girls, based on their usefulness to society. However, I think the major test in it was how fast one could think on their feet and the ability to come up with creative arguments even if the premise is out of the ordinary,” said Baraka.

“Each individual was timed and given at least two minutes to prepare before turning on their camera (it was virtual) and making an argument based on the given premise. My question was ‘advocate for society as a whole to stop using toothpaste’. Out of utter amazement of the question, I took a minute to prepare and made my arguments. Even though the arguments did not have a basis of facts, they needed to be convincing and logical,” said Irene.

The journey before the golden hour

When it came to preparing for the moot, it required 100% investment. The continuation of online classes ensured that learning did go on; consequently, the mooters had an ‘extra moot unit’ to prepare for in addition to the core units.

Due to the time differences in Kenya and Vienna (where the moot was taking place), the Strathmore mooters had to work on proper time management and balance their studies and training. “It was a challenge adjusting at first, but in the long run, we gained critical skills and oral presentation skills. Our ability to research and write in a legal context improved due to the actual simulation of real-life court practices,” said Winfred.

Gains from the moot

“The moot did not present any monetary prizes but, the experiences we have gained are priceless. We have gotten a chance to network with world-class lawyers, argue before Lords and gotten in touch with numerous law firms,” Fenan said.

In addition, Winfred, Irene and, Fenan were acknowledged in the award ceremony for good oratory skills presented in the moot, and were thus awarded the Honorable Mentions of Oralists with Baraka following close after in his scores.

One word description for my moot experience

Fenan; Fulfilling! “We had done some pre-moots before and, we would always make it but not any further than the rounds of 64. Going all the way to the rounds of 16 was nothing short of a blessing and jubilant.”

Irene; Exhilarating! “Even when curveballs came to your direction in an argument, one knows it mid-argument when you have nailed it. And when you know you are making a good argument, there is nothing like the thrill of hearing ‘Strathmore University has prevailed in this round…’”

Baraka; Growth! “There was plenty of growth. I gained friends and confidence in myself and my abilities. I got to learn how to relate with older people and to keep it casual. Also, my competitive edge awoke – my desire and hunger to win came back.”

Winfred; Transformative! “We had to change the way we think and write. We had learn to present arguments like we were explaining the facts to a 12-year-old. We were able to form new relationships with new friends and the ever-present supportive coaches. It opened my mind to things I had not thought of before.”

In light of the 8-month long journey to the rounds of 16, the team learnt to embrace each other and work together to defy all odds – to bear fruit from the gruelling training received. They developed a ‘moot family’. A bond that keeps them together as friends even though the competition is over. The team encourages other SLS students to embrace the competition with open arms and hard work. From the moot, one gains more than a professional network, improved skills and world-class training, but also, a rapport with a family away from home.

This article was written by Anna Jessica Munya. 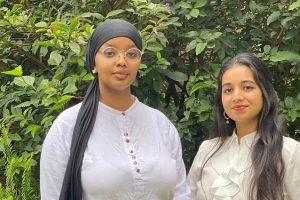 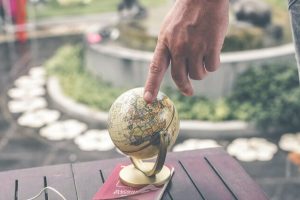 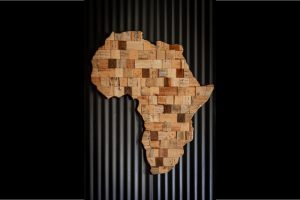