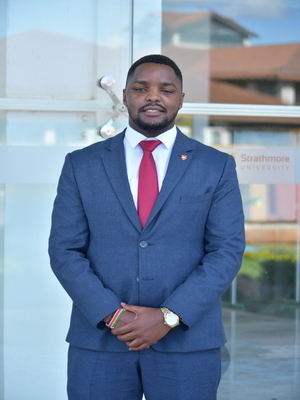 Wilson Macharia is a lawyer, a trainee advocate at Oraro & Company Advocates, and an advocate of the inclusion of persons with disabilities in the society. He is also a member of the Caucus on Disability Rights Advocacy whose secretariat is hosted and based at UDPK.

He has a major interest in academia, human rights, and public law in general.

He conducts training on select topics such as; enhancing the full and effective participation of PWDs in an equal basis with others, reasonable accommodations, universal design, the legal capacity of persons with mental and intellectual disabilities, among other principles of the UN Convention on the Rights of Persons with Disabilities. He also facilitates Disability Inclusion Score Card sessions.

During his spare time, he does public speaking engagements and motivational talks.