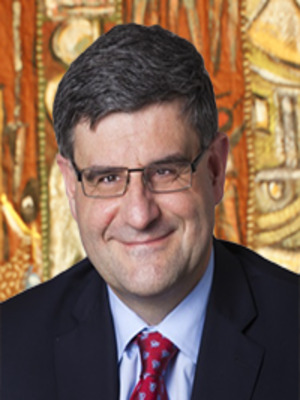 Rafael Domingo (born 1963; PhD 1987) is the Spruill Family Research Professor at Emory University School of Law and Francisco de Vitoria Senior Fellow at the Center for the Study of Law and Religion at Emory University. Aside from his positions at Emory, Domingo serves as professor of law and research professor at the Institute of Culture and Society at the University of Navarra. A specialist in legal history, legal theory, ancient Roman law, and comparative law, he has published more than 20 books and 50 articles. Professor Domingo’s writings have appeared in English, Spanish, French, Italian, Portuguese, German, Russian, and Japanese, and he has delivered dozens of public lectures throughout North America, Europe, Latin America, and Japan. Recent books include: The New Global Law (Cambridge University Press, 2010) and God and the Legal System (Cambridge University Press, 2016), Great Crhistian Jurists in Spanish History (Cambridge University Press, 2016), and Roman Law: An Introduction (Routledge, 2018).

Professor Domingo received a fellowship by the Alexander von Humboldt Foundation to conduct research in legal history at the Ludwig Maximilian University of Munich (1993), and the Emile Noel Senior fellowship to conduct research in global law at the NYU School of Law (2011). He served as dean of the University of Navarra School of Law from 1996 to 1999. Professor Domingo has been awarded the Medal of Honor, Toribio Rodriguez Mendoza, by the Peruvian Constitutional Court (2006); the Rafael Martinez-Emperador Prize by the Spanish General Council of the Judiciary (2007); the Medal of Honor of the Paraguayan Academy of Law (2009); the Silver Medal of the University of Navarra (2012); the Jose Leon Barandiaran Medal of Honor of the National University of San Marcos (2015), and the Honorary Diploma of the Congress of the Republic of Peru (2016). Professor Domingo received honorary doctorates in law from the Inca Garcilaso University in 2012, and the Saint Ignatius Loyola University (USIL) in 2016.