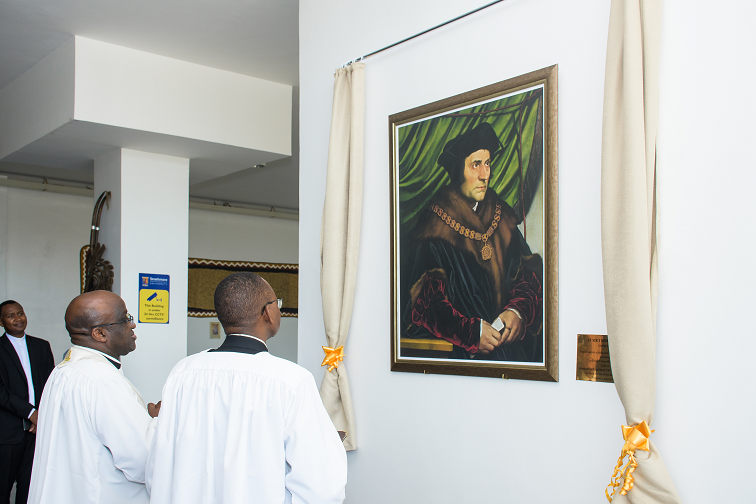 If you’ve not watched the 1966 movie, where this excerpt is picked from, it should be on your to-do list.

The scenes will transport you back to the 16th Century England and into the life of Thomas More, then Lord High Chancellor. The King at the time, Henry VIII, sought to have an heir by hook or by crook, after his marriage to Catherine of Aragon, his brother’s widow, bore no sons. Using his political power, he had Parliament pass the Act of Supremacy which defined his right to be supreme head on earth of the Church of England; this led to the break with the Catholic Church and the birth of the Church of England. The Act also declared King Henry VIII’s marriage to Catherine void and that with Anne Boleyn valid. His subjects, if so commanded, were required to swear an oath recognizing this act. When called upon to do so, More chose to relinquish his position rather than go against his conscience. To stand by his beliefs meant losing not only his professional position but the support of friends, some family members, and ultimately, his life. It also became necessary for him to defend his position to the church hierarchy. To one he said, “I think that when statesmen forsake their own private consciences for the sake of their public duty, they lead their country by a short route to chaos.”

Knowing the integrity of More, the King sought and longed to have his approval. He said, “There’s a mass that follows me because it follows anything that moves. And then there’s you – you are honest and what is more to the purpose, are known to be honest.”

Sir Thomas More  was beatified by the Roman Catholic Church in 1886 and canonized as a saint in 1935. He is remembered as one of the greatest figures of the English Renaissance for his integrity and steadfastness in sticking to moral values and is the patron saint of those in the legal profession, statesmen, and political figures. He is thus a fitting figure to have the building most frequently used by the Strathmore Law students named after him.

Former Prime Minister of the United Kingdom, Winston Churchill said of Sir Thomas More, “The resistance of More and Fisher to the royal supremacy in Church government was a noble and heroic stand. They realised the defects of the existing Catholic system, but they hated and feared the aggressive nationalism which was destroying the unity of Christendom. … More stood as the defender of all that was finest in the medieval outlook. He represents to history its universality, its belief in spiritual values and its instinctive sense of other-worldliness. Henry VIII with cruel axe decapitated not only a wise and gifted counsellor, but a system, which, though it had failed to live up to its ideals in practice, had for long furnished mankind with its brightest dreams.”

On Friday, March 25, in the short ceremony for the unveiling of his portrait, the Pro Chancellor of the University, Rev. Dr. Fr. Silvano Ochuodho said, “His example calls us to form our consciences so as to bear witness to truth. Our desire is that we form leaders, not only in the students at the Strathmore Law School who frequently make use of this building, but in all professions.”

The ceremony was attended by the University Council, Management Board, Deans and faculty of the Law School. His portrait now hangs at the foyer of the building.

In his last moments on earth, Sir Thomas More said, “I die his majesty’s good servant, but God’s first.”

Is there a cause that you would die for? Think of this every time you walk into the Sir Thomas More Building.

This article was written by Wambui Gachari. 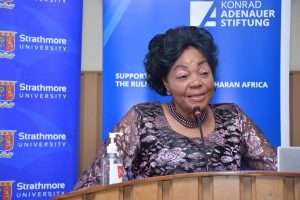